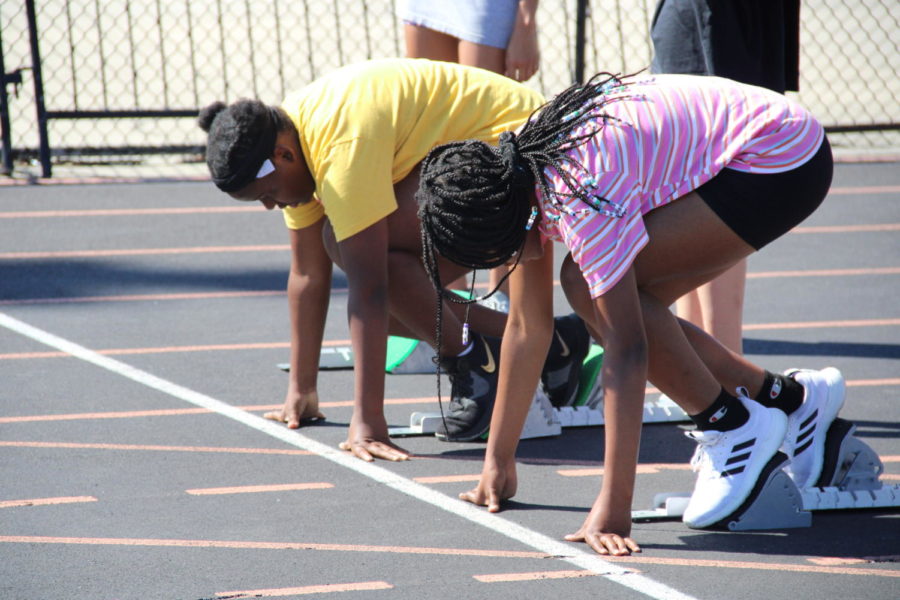 Students line up at the beginning of the race during practice.

Every year in the late Winter and Spring Oviedo’s track and field team competes for states. Track has many sports included in it with many different types of athletes. Each athlete has their own goals and events.

“My goals are to break my personal record in the 400m and 800m and to place in javelin and discus.” Junior Ryan Siguenza

Oviedo faces a ton of tough competition, but that’s expected with such a strong team.

The team has personal goals but also many goals together as a team.

Teamwork is a huge fundamental of this squad, each athlete puts in their work for each other to get their own success and together as a team. The athletes know they have to put in lots of hard work.

“I work hard at practice and go to the gym after,” said Ryan Siguenza.

One of the best runners not just at the school but in the county, Junior Marc Mcdonald explained his training.

“I work hard not just at practice but on my own after practice. You have to train when no one is looking, if you’re not training then someone else is.”

A great work ethic makes the difference between the good and great runners, Marc is a great runner. They are confident in their chances this season.

“I like our chances, we can be something special if we put it all together. This past cross country season we made it to states and a lot of those guys came back so I think we can do the same in Track.”

Oviedo’s Track and Field team looks to bring another state championship. The have all the pieces in place now they just have to play the game.