A “Five Nights at Freddy’s” retrospective 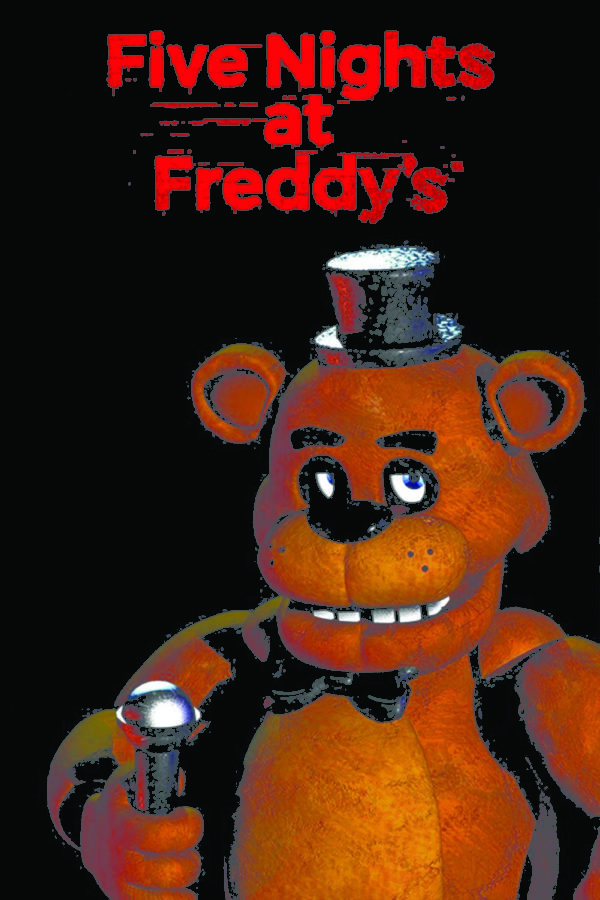 This story was originally published in the third edition of The Lion’s Tale (January 31st, 2022).

Five Nights At Freddy’s is as simple as it comes in the realm of horror video games. You sit in an office, you have two doors on either side of you and a laptop in your hands. There are two buttons near the doors, press the first one to turn on the hallway light and press the second one to shut the door. Doing this drains your power. Hit the button at the bottom screen to pull up your laptop, click through the cameras to view the pizzeria. Doing this drains your power.

But regardless of how straightforward the game is, people were hooked. YouTubers like Markiplier got the game to explode in popularity online through their playthroughs, while others like The Game Theorists explored the hidden lore and peaked fan interest in the story. Throughout the next five years and six more games, creator Scott Cawthon would further develop the story of “FNaF.”

The next two sequels would follow a similar format, the second game stripping away the doors and adding twice as many animatronics while the highly anticipated third game would see players face off the original murderer – William Afton – himself, now trapped inside the rotting springlock suit he used to lure and kill his victims. And although that last title was set up to be the final in a trilogy, Cawthon’s quick turnaround with titles and the fans’ love for these games set the stage for the story to expand even further, and become even more puzzling.

Five Nights At Freddy’s 4 would follow a young child haunted by nightmarish animatronics during the dead of night. The fifth installment, Sister Location, would see older brother to the last game’s unnamed protagonist and first son of the murderous Afton decend into the depth of a rental facility to free the soul of his young sister trapped inside the animatronic “Baby.” And with spin off titles and a series of books further fleshing out this universe, the core series would end with Freddy Fazbear’s Pizzeria Simulator and Ultimate Custom Night, the former game finding you run a franchise while William’s old business partner Henry collected Afton and his many victims so he could put their souls to rest, and the ladder game acting as a sit-and-survive in the vein of the old titles with 50 characters to fend off them, showcasing Afton’s eternal hell at the mercy of his vengeful victims.

Looking back at the franchise, it’s amazing to see where the games have come from, even if the story is mind-numbing and the games themselves can be frustrating to play. But the thing is, the heart of these games isn’t either of those things. The heart is the fanbase. The most recent title, Security Breach, has thrown me and many others back into their “FNaF phase”, but honestly, I’m happy to be back. Growing up alongside this series, watching every Game Theory video on the games and books, jumping to the cheap scares and even trying out the demos of FNaF 2 and FNaF 3 on my first phone, all of those are special memories from my childhood.  I still remember arguing with friends of if the whole story was all a dream or not during gym class in the 5th Grade.

I’m excited to see where this franchise goes now in the hands of Steel Wool Studios, and I’m happy to see this nearly decade-long running series find its rightful place in the video games hall of fame.