The Battle of the Century: Godzilla vs. Kong 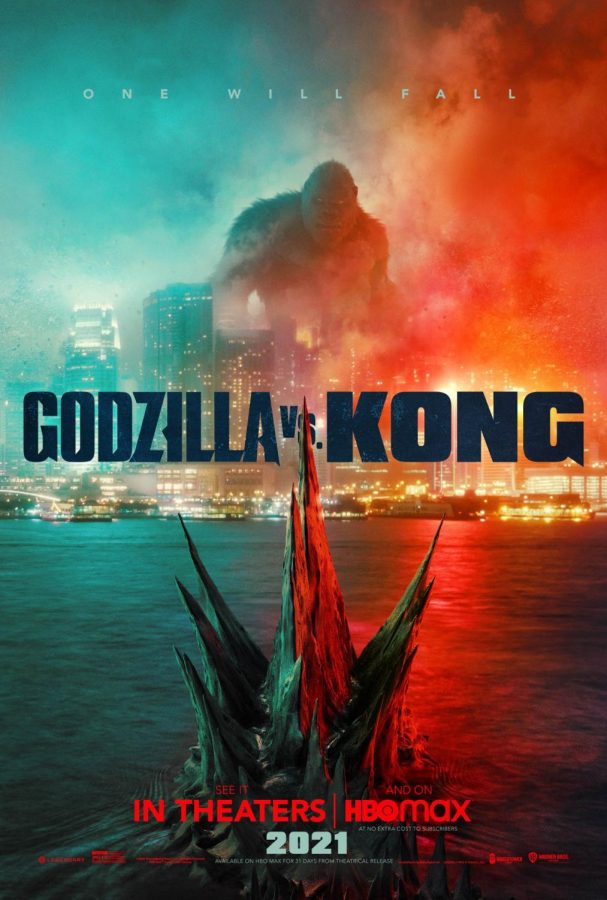 Godzilla vs. Kong matches the two titular titans together for the fight of a century, not only fulfilling the ancient lore of these Kaijus within the realm of the newly emerging ‘MonsterVerse’, but also giving audiences a modern adaptation of these larger-than-life beasts, a ‘clash of gods’ first dreamt up of and attempted back in 1962.

Acting as the fourth installment in Legendary Pictures’ “Monster Cinematic Universe”, Godzilla vs. Kong builds off from 2017’s Kong: Skull Island and 2019’s Godzilla: King of the Monsters, bringing these two kings together for a battle to rock the world. Many fans – regardless of past films’ shortcomings- waited with anticipation for the new entry, the excitement rising and rising even when
the COVID-19 Pandemic pushed the movie back from a November 2020 release to March of 2021.

The trailer was ripped to shreds by theorists and avid fans, picking apart details such as the schematics of a more metallic Godzilla and Kong’s new, electrifying weapon, Speculation online usually revolved around the idea of how ‘Mechagodzilla’ – another Kaiju which is exactly what it sounds like – would emerge from the dust and rubble, possibly even as an imposter under fake reptilian skin that would be the culprit behind all the chaos explained in early plot synopses and trailers.

One element which remained through all the predictions though was the inevitability of a team up, fans recognizing that there would be no ‘last monster standing’ or ‘one true king.’ However, it wasn’t the idea of an alpha amongst the Kaijus which fueled the fires of hype, but instead simply the idea that these beloved characters, an atomic lizard and a colossal monkey, would finally be realized on theatre and living room screens.

The original 60s King Kong vs. Godzilla saw these Kaijus clash for the first time in cinematic history, the fight orchestrated by a frustrated businessman looking for an eye-catching spectacle to help boost his television ratings. Definitely a narrative masterpiece. Six decades and the trade in of a distressed tycoon for two mononyms organizations – one shady, the other maybe shady – later, and all 2021’s Godzilla vs. Kong can truly offer is a weighty brawl between the two star components. Through numerous duels, the audience is graciously gifted with various punches, axe swings and blue atomic laser beams, leaving nothing but a deep concern for the economic situation of these poor, demolished cities in their wake.

But let’s all face it, we’re getting the popcorn ready to see these two dramatically large animals fight, and maybe the hollow earth and ancient mythological lore, but definitely not the eco-political messages. Now don’t take that the wrong way, these messages about protecting animals, preserving nature and being wary of human’s impact on the world are highly important. But it’s hard to take the message seriously or see it’s importance when a movie about two giant monsters fighting decides to focus most of it’s resources into said two giant monsters fighting. The story feels reverse-engineered around the fights, the characters are cookie-cutter and their stories taste bland at best.

Godzilla vs. Kong truly is the battle of the century, it’s one that’s been in the making since the early days of stuntmen in rubber costumes. But that’s all it is, legendary fight scenes with plain characters, basic themes, and the classic good guys versus evil tech industry fluff stuffed between them. It’s an epic for sure, but only in the sense of how awesome it is to watch a huge ape punch a nuclear alligator.