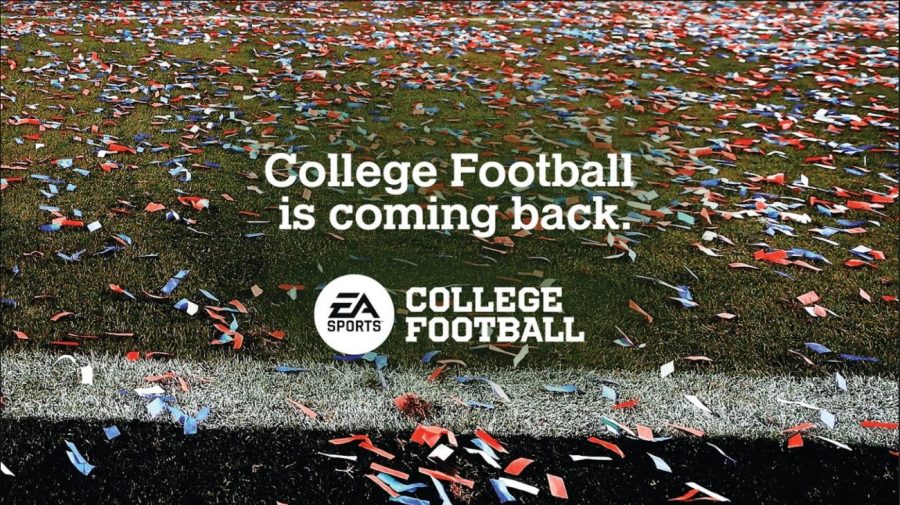 After about 7 long awaited years, college football fans can finally celebrate a small victory. Electronic Arts has alluded to the return of the highly coveted and popular game NCAA Football. The last installment of the game was released in 2014, leaving fans yearning for a virtual experience of the game they love.

Many of the games enthusiasts are very much looking forward to the return of the title due to the consistent demand from its fan base. To senior Kasen Schuetz, the announcement for the new addition brings more than just ordinary excitement.

“This is honestly life changing for me. I love NCAA football so much” Schuetz said, “I miss everything, it was always the best sports video game”.

Many are like Schuetz in terms of being a fan of the game, as well as actual college football. The 17th addition to the NCAA Football series will hopefully allow the college football followers to play as their respective teams as well as various styles of play such as the “Dynasty Mode”, online gameplay, and the fan favorite “Road to Glory” as seen in the installment released back in 2013. Oviedo High School Student Brendan Kilroy is anticipating the return of his favorite game modes that he remembers from his experience playing the game 6 years ago.

“I played the last game, NCAA 14 the most. I miss the Road to Glory mode, being able to go from local high school to your dream college was the best part” Kilroy recalled, “ I am looking forward to playing Road to Glory again, and playing against friends online for sure”.

One thing preventing the games release is the fact that, excluding the state of California, NCAA athletes cannot make profit off of their name and likeness. The typical way that professional sports players get paid for sports games is that the developer and publisher will communicate with the player union of the specific league and determine the amount each player will receive. This would not be possible with the new EA College Football game as the NCAA believes that students should not be able to form unions as they are still students and not actual employees on a payroll.

In short, the fan base can look forward to a game that they so longingly miss and have great memories with. Although with the licensing and NCAA law issues, EA has assured the waiting college football enthusiasts with the game they have been waiting for as long as there is reform and change in the near future.