Inside the pride with Oviedo’s WROR-TV 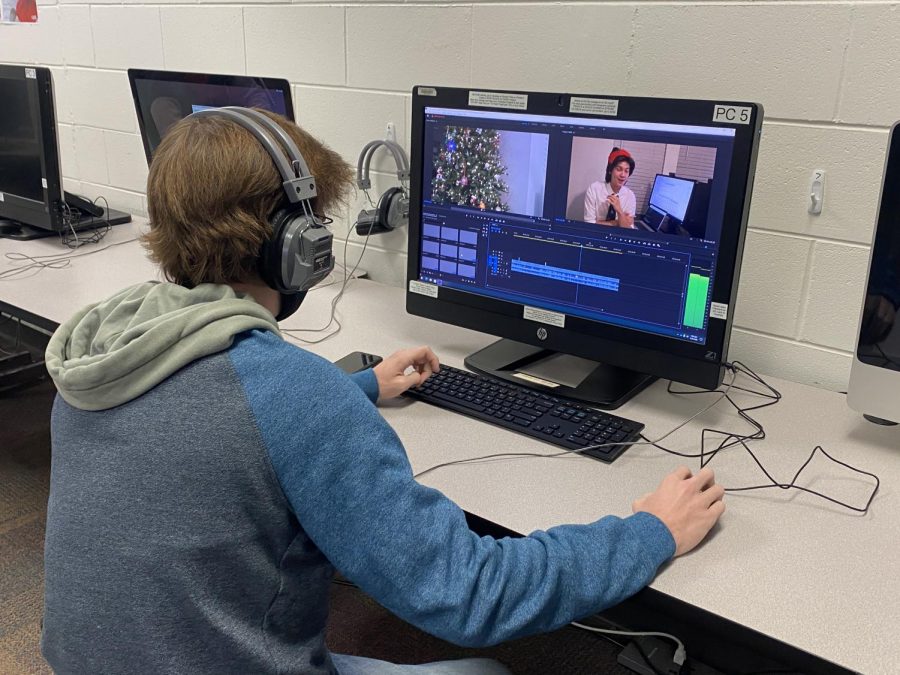 This story was originally published in the third edition of The Lion’s Tale (December 9, 2020).

At Oviedo High School, students are given many opportunities to participate in journalism, such as with the newspaper, yearbook and award winning TV production program, WROR-TV. Many students who are involved in TV production and WROR-TV create the school’s daily news broadcast and participate in competitions organized by the National Scholastic Press Association (NSPA).

This year, WROR-TV is a finalist for the NSPA Broadcast Pacemaker, showing the dedication and hard work that the students have put in throughout the year. However, this is not the first time that Oviedo has been a finalist for the competition; in 2019 they won best film in the nation in the short film category.

“First of all, it takes initiative,” said Kevin Patterson, WROR-TV’s supervisor and TV Production teacher. “You have to have ideas and the drive to make your ideas into a segment.”

A lot goes into making an award-winning segment, such as being well informed on the topic the student is covering. Patterson feels his students strive to meet these aspects and always want to improve on what they last created.

Everyday is different in the WROR-TV studio, and students tend to have a more flexible schedule than in other classes, meaning they have the ability to choose which role they want to pursue. This could be something like sports coverage or the creation of public service announcements.

“Everyone is supposed to be doing different projects, and those projects are being completed at different times,” Patterson said. “Everyone works on the same thing at once and completes their work by a certain deadline.”

While some people are writing the script and readying the teleprompter, others are in the control room preparing the footage from the day for editing. To create the news broadcasts each day, the staff creates a script, covering the school’s announcements and including segways into each segment.

“I am the executive producer, so I am responsible for everyone doing promotional videos for the news. I also anchor often, film and edit the news.” said Devyn Cannata, a student involved in WROR-TV.

Airing the school news on a daily basis takes teamwork and determination. Due to COVID-19, things are different than in previous years. Instead of two anchors, the team only uses one at a time. This allows the anchor to stand in the studio by himself, take off his mask and film his segment.

COVID-19 has also affected the way in which the class films. Patterson strongly encourages his students to film outside more often and to use isopropyl alcohol wipes after each use of the camera. Unless the anchor is by himself in a studio, students are required to wear a mask while filming at all times indoors. If they are conducting an interview, the subject is asked to also keep his mask on.

Patterson is very adamant about his students being informed and educated on topics that they are discussing and wants them to know how and why their content is created. They are constantly trying to learn and expand their capabilities.

“For the past few years in particular, I have really seen how media literacy is such an important 21st century skill set and it has given me a drive to do what I’m doing,” Patterson said.