‘Level of Concern’ is the quarantine anthem we all need 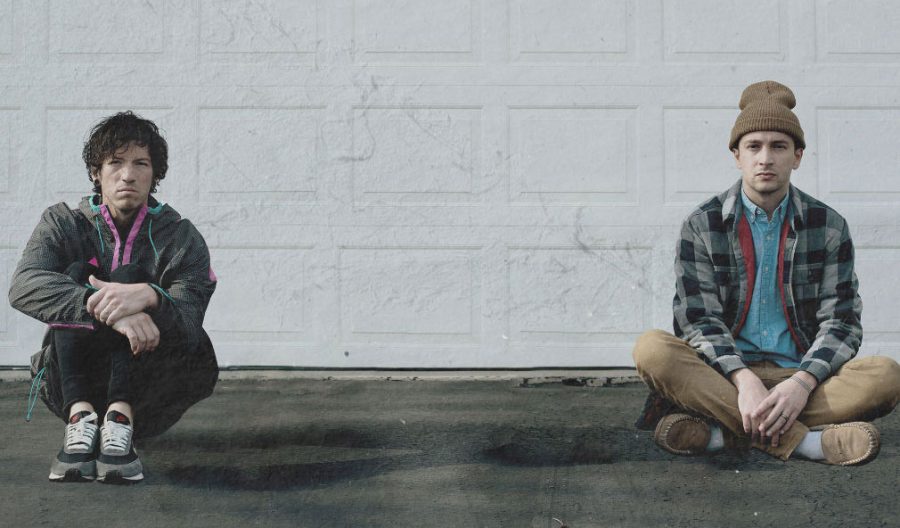 Image courtesy of Twenty One Pilots

On April 5, Tyler Joseph, lead singer of the band Twenty One Pilots announced on Twitter that he would be releasing a new song that “should just come out now,” calling the new tune he was working on “simple, but hopeful.”

These tweets were then accompanied with a link to the charity Crew Nation. The organization provides funding for people who work in live-music who, due to the coronavirus pandemic, had lost work. Joseph tweeted that because he knew so many amazing people working in live venues, he wanted to “do something to help some through this song.”

Fans were frenzied over the possibility of new music from the band, and then, three days later, Joseph tweeted out a picture of a black flash drive with the famous ‘Trench Era’ tape wrapped around the end and the words “Level Of Concern” on the side. The following day, at 12:01 p.m., the band’s Twitter and Instagram accounts released a link to their new song and the music video for it.

“Level Of Concern” strays away from the cryptic nature of the band and the world they have crafted with their previous album “Trench” and instead focuses on the Covid-19 outbreak. The song is a mix of ’80s and modern pop-funk, with a heavy dose of electric guitar. The lyrics are from Joseph’s perspective on the Covid-19 issue, stating that there is “panic on the brain” and that the “world has gone insane.” He relates all of this uncertainty to his own experience with his family. With a newborn daughter, the song reflects Joseph’s unease over her safety during these uncertain times.

He states, “Cause I told you my level of concern. But you walked by like you never heard. And you could bring down my level of concern. Just need you to tell me we’re alright. Tell me we’re okay.” This seems to me, like he is asking that, even if it’s a lie, to tell him that everything will be fine in these “end times.” He completes this with nods toward recent world events with lines like,“Wonderin’ would you be my little quarantine?” and “I’m just asking you to stay in my bunker underneath the surface.”

After it’s release, “Level Of Concern” skyrocketed in popularity, reaching the top tens of global charts within the day. The song reached 2 million streams on Spotify the day after it’s release. Merchandise for the song was also released on the band’s online store, with a portion of the proceeds going to the Crew Nation charity as well.

Simply put, Joseph has given us an open-ended, but overall hopeful song regarding the global state all of us are facing, and has given it to us in an up-beat tune filled to the brim with modernized ’80s vibes. The song is easy to relax or dance to and is truly the first of it’s kind regarding “coronavirus music.”

If anyone is ever feeling worried in these anxious times, this song is a perfect means of bringing some light to the situation. It’s easy, nowadays, to forget the happier times and the good things in life, so take Joseph’s word for it: “We’re gonna be okay.”